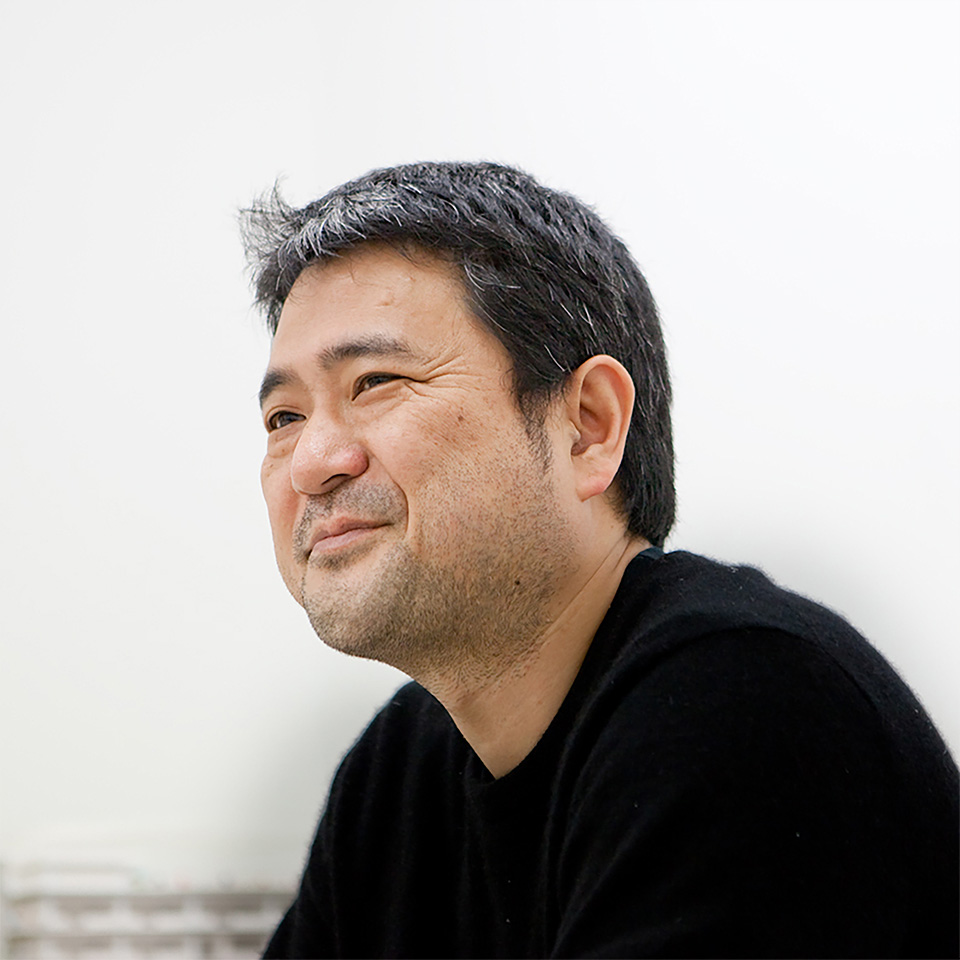 There is a theory that Australopithecus began to walk not just one at a time,
but all at once in the evolution process of the human race.
What on earth happens when we begin to create all together, all at the same time?
3331 wants to become the impulse for all of us to stand up together and do something.
Leap before you look!

I wrote the above text for the opening celebration of 3331 Arts Chiyoda, with the desire to merge an uncontainable expressive impulse to create with a process of evolving oneself, producing a creative field for the purpose of “leaping together.”

Just as the many activities that make up 3331 began to jump all at once, Naoki Sato’s expression began to sprout and grow alongside us. The figure that continues to draw a forest from only charcoal on plywood is, to that forest, the Creator. To an even larger existence, he is like a “radical gene”. In other words, like an “evolving forest,” it is as if a diversity of individual existences that embrace a rhizome structure (a relational system that accepts differences as they are, rather than unifying various values within itself) are coming together to form an entire, fluid ecosystem.

Though it might be a bit of an exaggeration, it can be said that this solo exhibition marks a major turning point from the “Designer Naoki Sato,” who created 3331’s logo, into the “Artist Naoki Sato”. In recognizing this evolutionary process, we have launched the Naoki Sato Exhibition Executive Committee as a necessary step in supporting Naoki Sato as those who have come to work with him.

Born in 1963 in Akita. Artist , 3331 General Director and Professor at Tokyo University of the Arts. With a strong sense of social awareness, promotes a variety of art projects based on the theme of “art and society” and “art and education”. Represented Japan at the 49th Venice Biennial in 2001. The organizer of the artist initiative Command N since 1998. He directs a number of sustainable art projects that in Himi, Toyama and Odate, Akita. After establishing a project space “KANDADA”(2005 – 2009), founded an artist-led, alternative art center “3331 Arts Chiyoda” (Chiyoda-ward, Tokyo/Akihabara) in June 2010. He is the author of "Education and Art - 1997", "Education and Art - 2004". Awarded the Minister of Education,Culture,Sports,Science and Technology’s Art Encouragement Prize in 2010. Launched the earthquake reconstruction support project “WAWA project” in 2011, and in 2012 “TRANS ARTS TOKYO” that aims at enhancing the creativity of the city of Kanda, Tokyo.